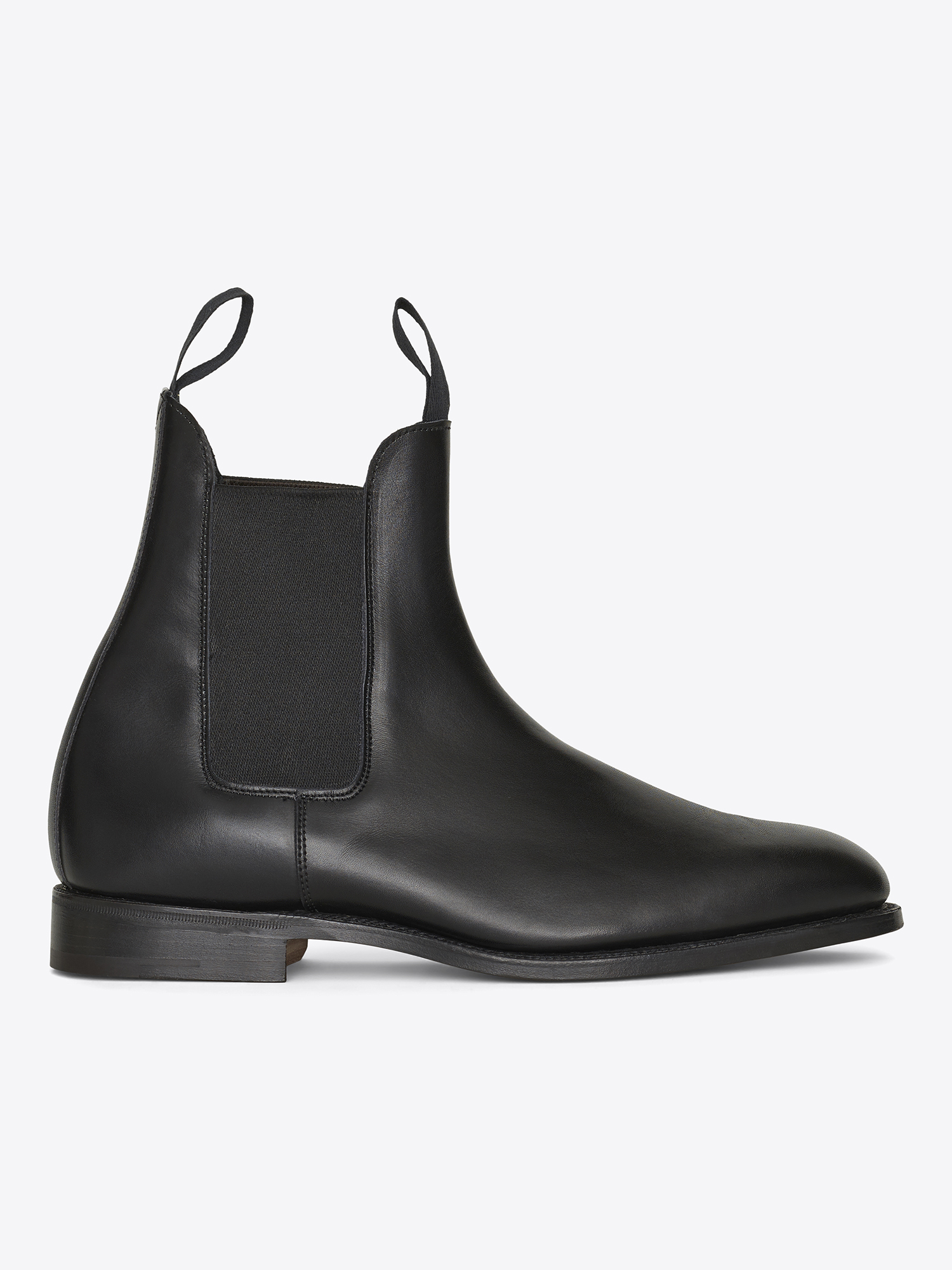 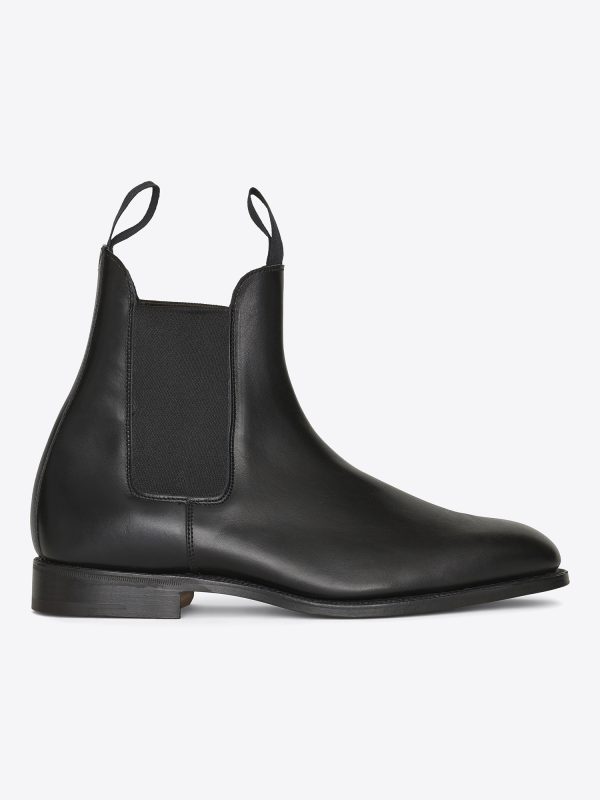 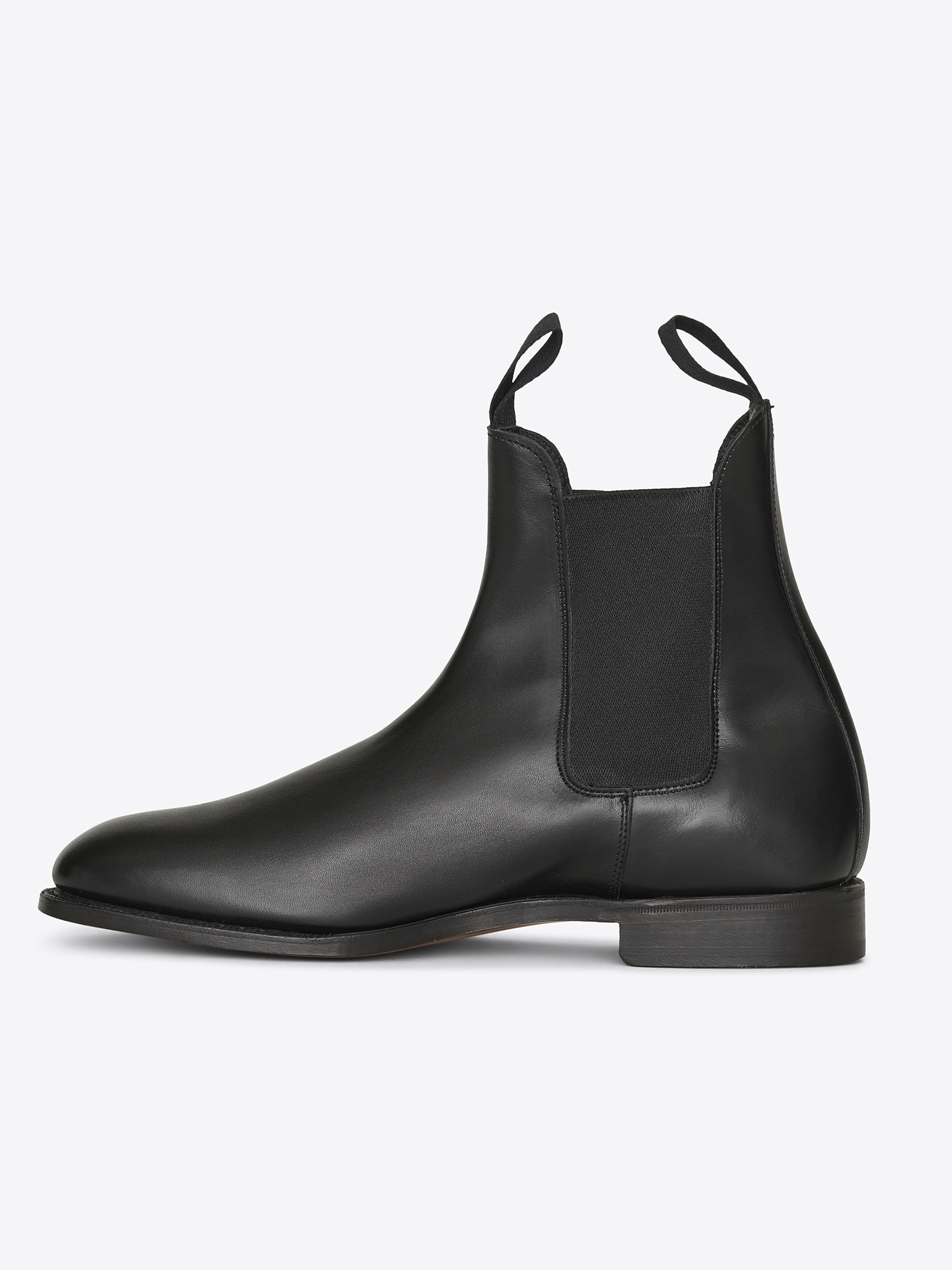 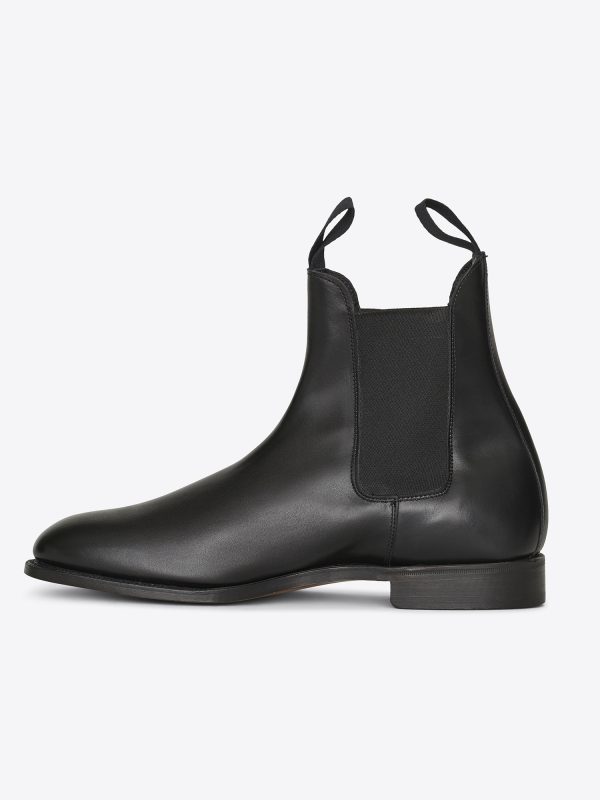 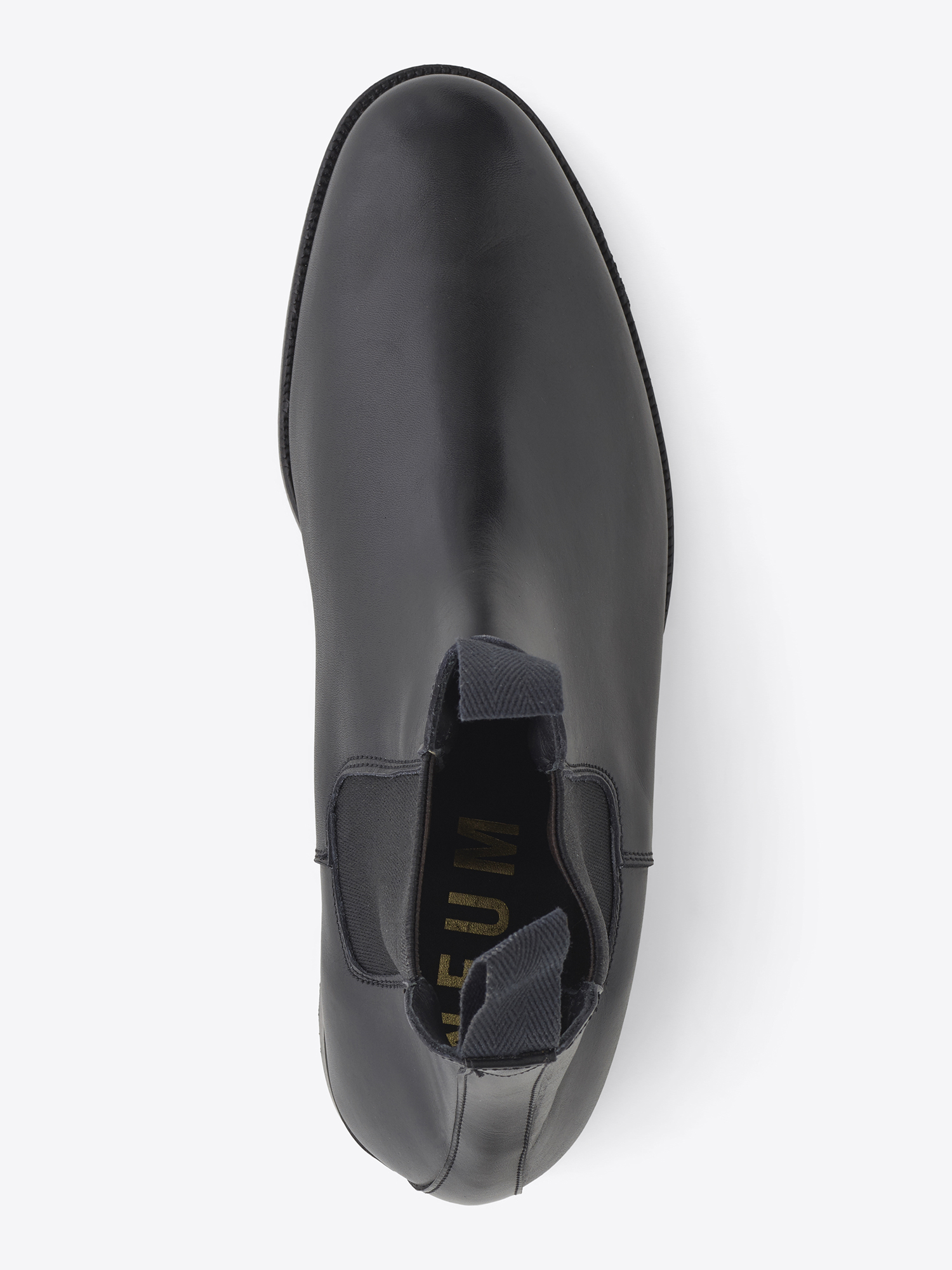 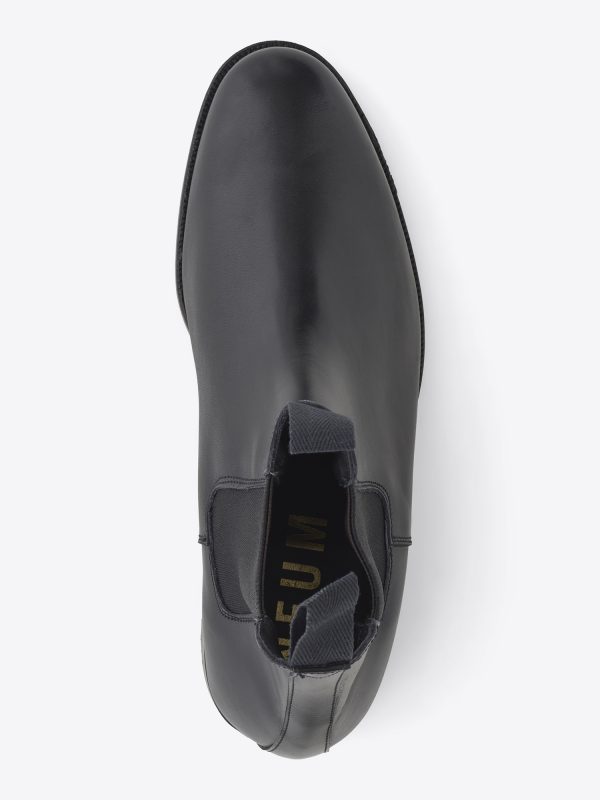 A sleeker and more updated version of the Chelsea boot developed exclusively for SNEUM by TRICKERS England.

The chelsea boot has roots in Victorian England (from 1837 until Queen Victoria’s death in early 1901).The first version was created by J. Sparks-Hall, bootmaker to Queen Victoria. The boot became popular for horse riding as well as walking.

They take their name from the King’s Road area of West London is in the (ahem) Chelsea neighborhood. The neighborhood was a gathering place for artists, filmmakers, and other such intellectuals in the mid-1950’s. Named the “Chelsea set” by the media, they often wore this style of boot and soon the name became synonymous with the footwear.

Theatrical and ballet shoe maker Anello & Davide created a variant of the Chelsea boot in 1961 with cuban heels and pointed toes for the Beatles, after John Lennon and Paul McCartney saw some Chelsea boots in its shop window and commissioned four pairs with higher, Cuban heels – this style became known as Beatle boots.

"has roots in Victorian England ...became popular for horse riding "

Our version of the Chelsea boot is the fruit of a collab with Trickers, the longest established shoemaker in England dating back to 1829.  Situated in the shoe capital of England, Northampton, family owned since the very inception, with the current factory unchanged since 1904, this is the pinnacle of traditional  men’s shoe manufacturing. They are the very embodiment artisanal craftsmanship and history permeates every corner of their factory.

Together with Trickers we have developed a sleeker version of this classical boot with a more narrow toe to give it an updated expression. It has been done exclusively for SNEUM at can only be purchased from our online store.